Who was F.M. Alexander ? 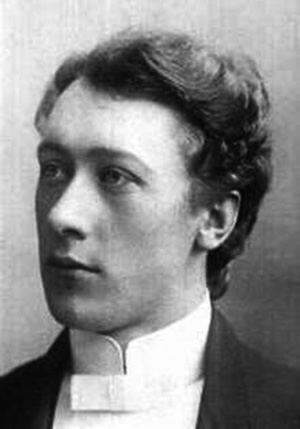 F.M. Alexander (1869 – 1955) was an Australian actor who, in his early 20’s and during the height of his career as a Shakespearean orator, began to lose his voice. He visited doctors who could see no clear disease or reason for his hoarseness and could do no more than give him sprays and advise vocal rest. Although Alexander followed his doctor’s advice to the letter, his problem persisted and soon he began to experience complete loss of voice during performance.

Alexander observed that his voice was at its worst when on stage, and healed when he refrained from performing. He returned to his doctor and speculated that it must be something he was doing to himself that was the cause of his problem. His doctor agreed that this was likely, but was unable to tell Alexander what exactly he might be doing that was causing the problem.

Determined to hold onto his career and armed with curiosity, patience and persistence, Alexander set out to discover a cure. He set up mirrors and watched himself perform. After months and years of careful observation and self-study, he became aware of a strange habit of pulling his head back and down, which in turn compressed his spine and put pressure on his larynx. This unconscious movement pattern was creating mal-coordination throughout his entire neuro-muscular system. At first, Alexander figured he was unique in this misuse of himself, but as he took a look around it became evident how universal this habitual response was. People everywhere were living their lives in a stressful, collapsed state. Today we call this the stress response, the fear response, or the fight/flight/freeze response. Performers know it as stage fright.

Alexander set out to find the solution.He studied the right way to stand, breath, and speak. End of story, right? Not quite. To his dismay, no matter how hard he tried, he couldn’t fix the problem despite the fact that he now understood the right thing to do. He would attempt to prevent his head from pulling back and down, assume he was doing so, only to glance up at himself in the mirror and observe that what his kinesthetic sense was telling him was not accurate at all. He called this faulty sensory perception and found he was not alone in this strange phenomenon either. On the off chance he was successful in preventing the pattern of compression, the moment he had the impulse to speak, the dreadful habit kicked right back in.

Alexander had hit a wall. He realized the root of his problem was in his reaction to the impulse to perform – his pattern so ingrained that the mere thought of speaking sent him down the wrong path. His mind and his body were interconnected in a way he never thought possible. So what was there to do? It was then that Alexander had his most insightful discovery: he had to let go of being right. He switched his thinking from a process of trying to do a new right thing, to a process of undoing the wrong thing. F.M once said, “Everyone wants to be right, but no one stops to consider if their idea of right is right.”

F.M. Alexander not only solved his vocal problem, but the asthma and breathing problems that had plagued him since childhood disappeared.

Fellow performers began to notice the radical change in his work, demeanor and poise, and flocked to him for lessons. Doctors began to refer patients to him, and by 1894, teaching his technique had become his main occupation. Ten years later (prompted by his friend JW Steward MacKay, an eminent Sidney surgeon) he moved to London.

In 1939, a group of physicians wrote to the British Medical Journal urging that Alexander’s principles be included in medical training. Sir Charles Sherrington (the father of modern neurology) as well as many other prominent scientists also recognized his work. George Bernard Shaw, Aldous Huxley, Gertrude Stein, John Dewey, and Jacqueline Kennedy Onassis all took Alexander Technique Lessons. In 1973 Nikolaas Tinbergen devoted half of his Nobel Prize acceptance speech to a very favorable description of the Alexander technique and its benefits.Alexander wrote four books, numerous articles, and began a training course for what was now being called The Alexander Technique.

In 1947, Alexander had a stroke which left his left hand, leg, and part of his face paralyzed. Doctors said they could do little for him, but Alexander was able to rehabilitate himself using his own technique and made a remarkable recovery. He continued to teach eight lessons a day until two weeks before his death in 1955. Today there are over 2500 certified teachers world-wide who teach the Alexander Technique.